Top Posts
How to deep condition effectively
How often should I deep condition my hair?
Is it Important to deep condition hair?
Life Update. Doing What I Can.
What Are Your Plans This 2022?
No Hairpiece Protective Hairstyles
Easy Holiday Hairstyle On Natural Hair
Introducing the Nashe Ambassadors
My Clear Skin Routine | Why I Don’t...
Dealing With Post Pregnancy Hair Loss. What Do...
Home Hair Good bye 2016. What a year…
HairUncategorized 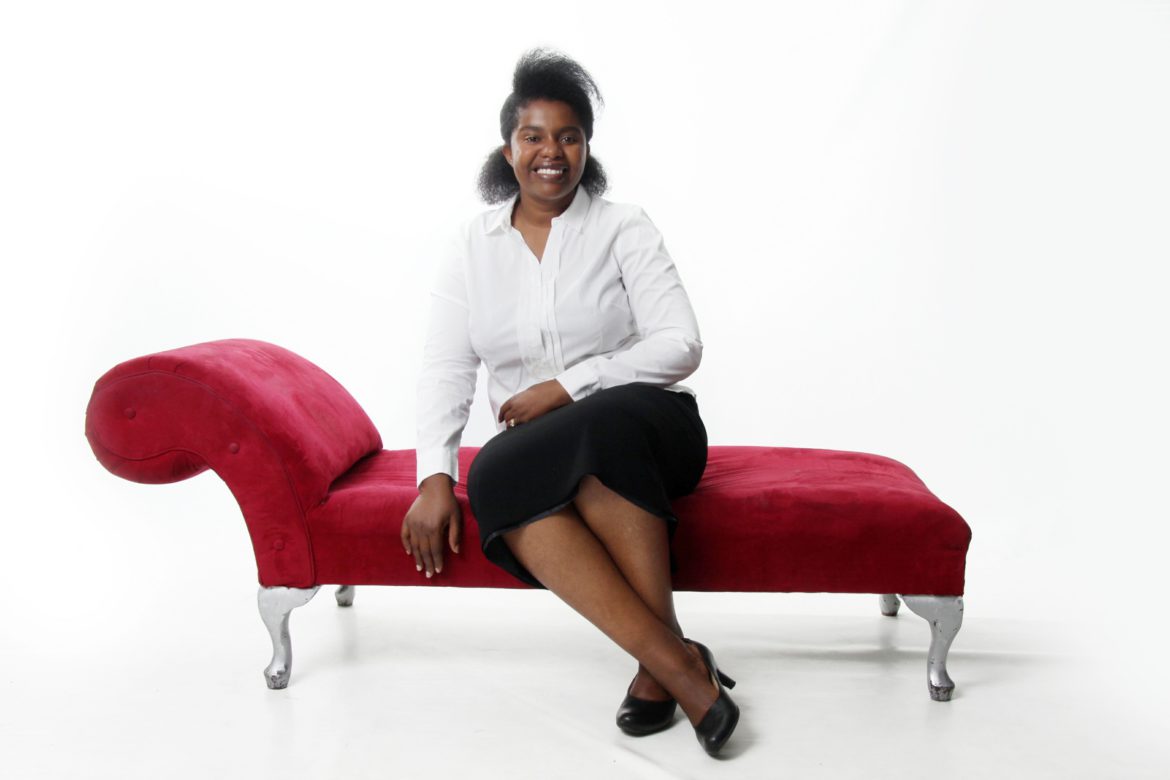 As 2016 comes to an end, I took some time to look at the happenings of the year and realised it was quite a hectic year with so many highs and a lot of lows as well. I started off this year with the motto, #IWantToLive. I felt as if 2015 had passed me by unawares but girl I didn’t know 2016 was going to be a hurricane.

Firstly I took to studying again and so my purpose to really LIVE in 2016 was destroyed right there. Who lives while studying? As if that was not enough, I enrolled into a business incubation. The Awethu Project. That was really something and let me say, very beneficial. The amount of work you put into it though is gigantic and I barely lived in the end. I will give you some snip peeks into the program if you are in business and considering a business incubation. Maybe in another post or a vid. Let me know if you would be interested in that.

In March, Master Card Africa was looking for a small business that was using iKhokha as a form of payment to do their launch of Masterpass payment system. And my God directed them to Natural Moisture. That paved the way for knowing some really nice people from both iKhokha and Master Card. Working and interacting with such high level professionals opened my eyes even wider to the opportunities out there. A lot of media personnel in the finance and digital space also came to our little shop in Johannesburg North. It was both humbling and I realised then that I was doing something worthwhile and my business is making a mark no matter how small

Some features on eNews then followed together with a feature in a United Nations documentary on how I use the internet and social media in my business. While I was with Awethu, I was also featured on a Chinese channel, CCTV as a woman entrepreneur with some awesome women who are also working hard in their businesses. 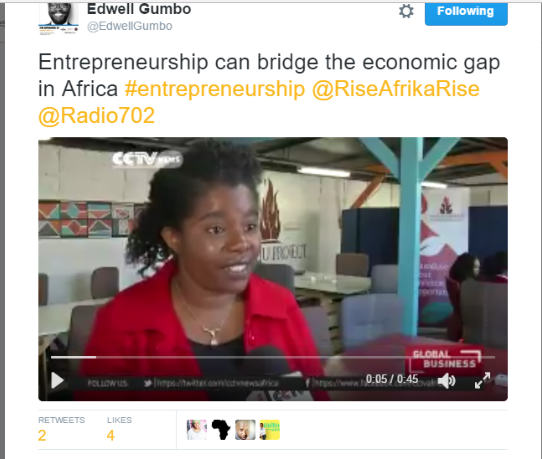 On cctv when I was under the Awethu incubation

Mid year, Head & Shoulders South Africa invited me to be part of the influencers for their African Scalp & Hair Care range and was part of the Launch on the 29th of September. Was interviewed by Anele Mdoda and she kept butchering my surname. How Mafupa ends up as Mapufa after being corrected several times, ah I don’t know. No worries though but I found it funny considering I think Mafupa is a straight forward name. The launch was really awesome though and the people I work with are really awesome. I liked my 5 seconds of fame… 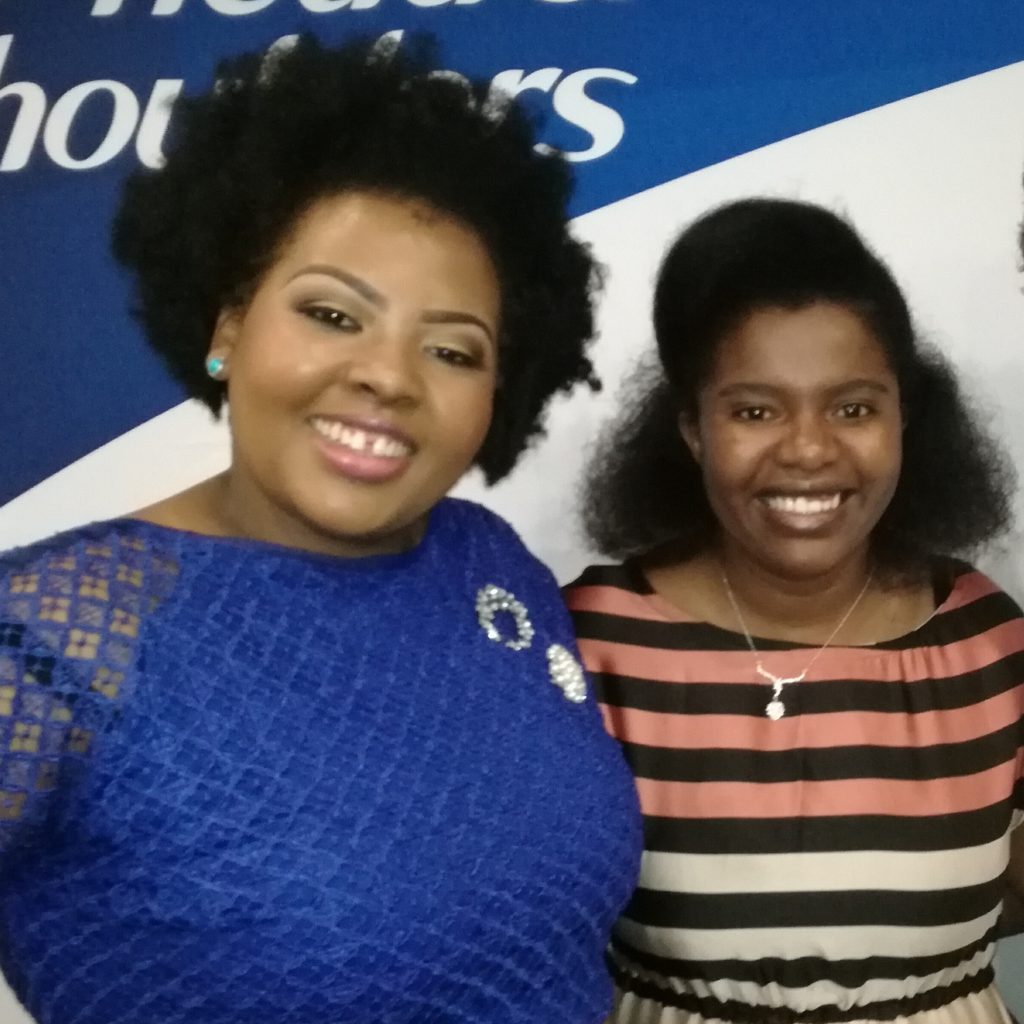 Later this year, I was invited on 702 to be part of the interviewees for an early breakfast show with Relebogile Majotja. That was awesome as well and a week later, I was on Maggs On Media. Girl, that was the peak. It was sooooo cool. I enjoyed the interview as well though it felt like Jeremy Maggs was kind of on edge, making sure he doesn’t say something that’s too sensitive or step on some toes. I felt for him really. But it all went well in the end. 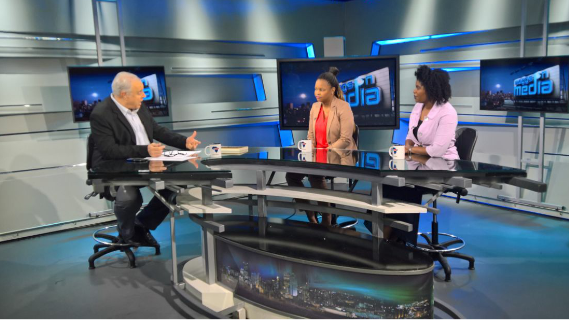 on Maggs on Media

In November, Natural Moisture finally launched the much awaited, so much worked on Nashe Organics, Shea-Argan range. We had been working on this range since January 2015 and kissed a few frogs at first but finally things started moving later this year and we finally launched. I was so happy and still am, especially when I get the feedback from our customers about how they love this range and how it has changed their natural hair lives. As I used to say to our formulators that I don’t want to launch a product for the sake of launching. I want a product that does actually work on kinky natural hair. And only when I was certain of that, did we manage to launch. This is one of my big achievements for 2016. 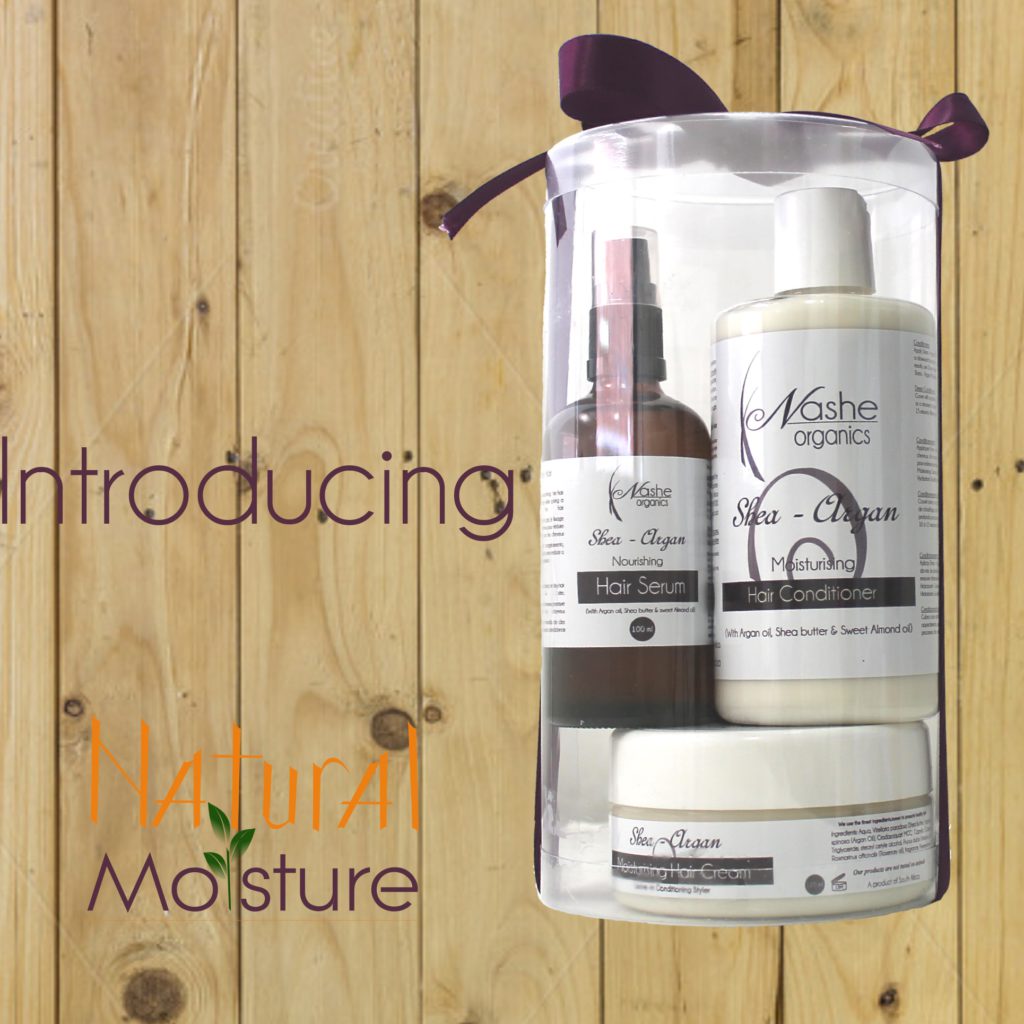 The African Hair awards came and guess what, Natural Moisture, my baby, my very own baby, won the 2016 Best Natural Hair Product Range award. How awesome is that? 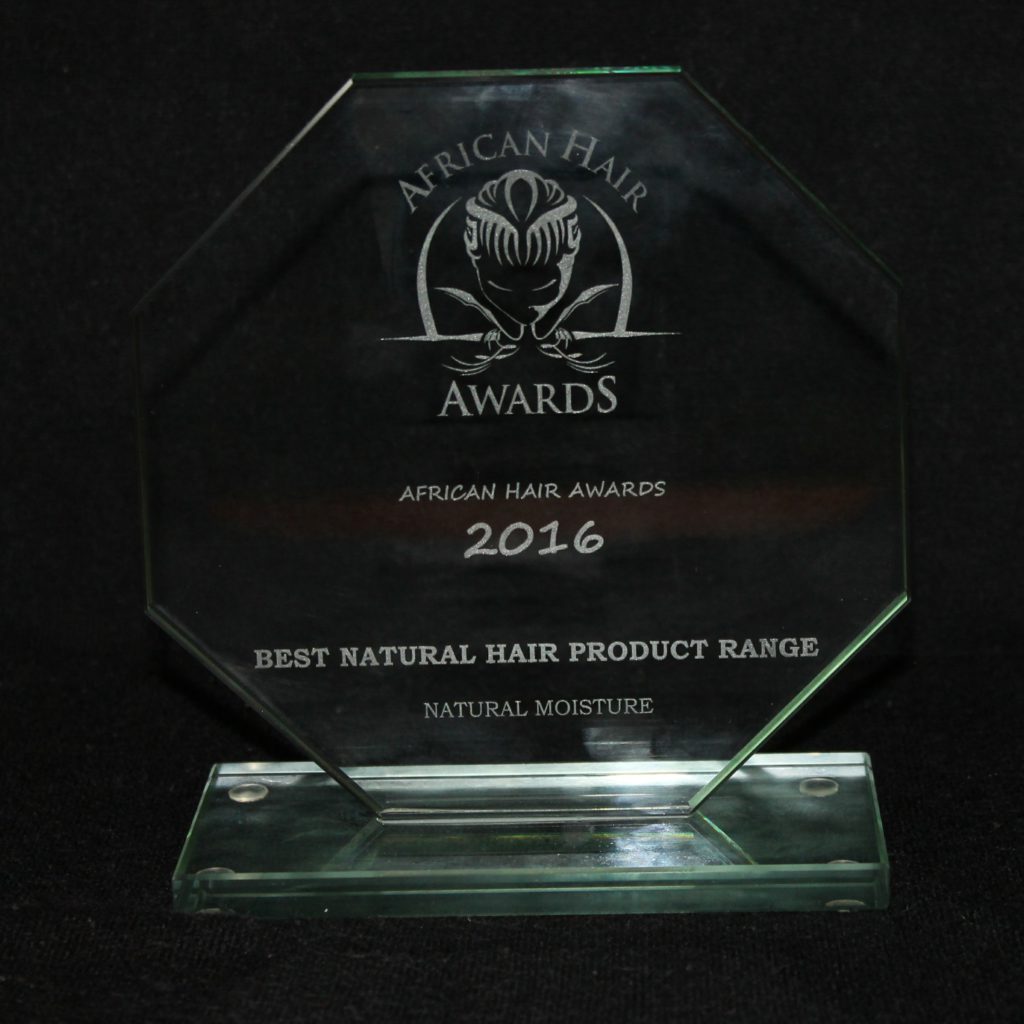 And just this month, Natural Sisiters, this blog was awarded the Top 50 Natural Hair Blogs badge. This is the whole planet earth we are talking about. I know I only come in number 32 but to be on the same list as Naturally Curly is like another kind of awesomeness. So honoured 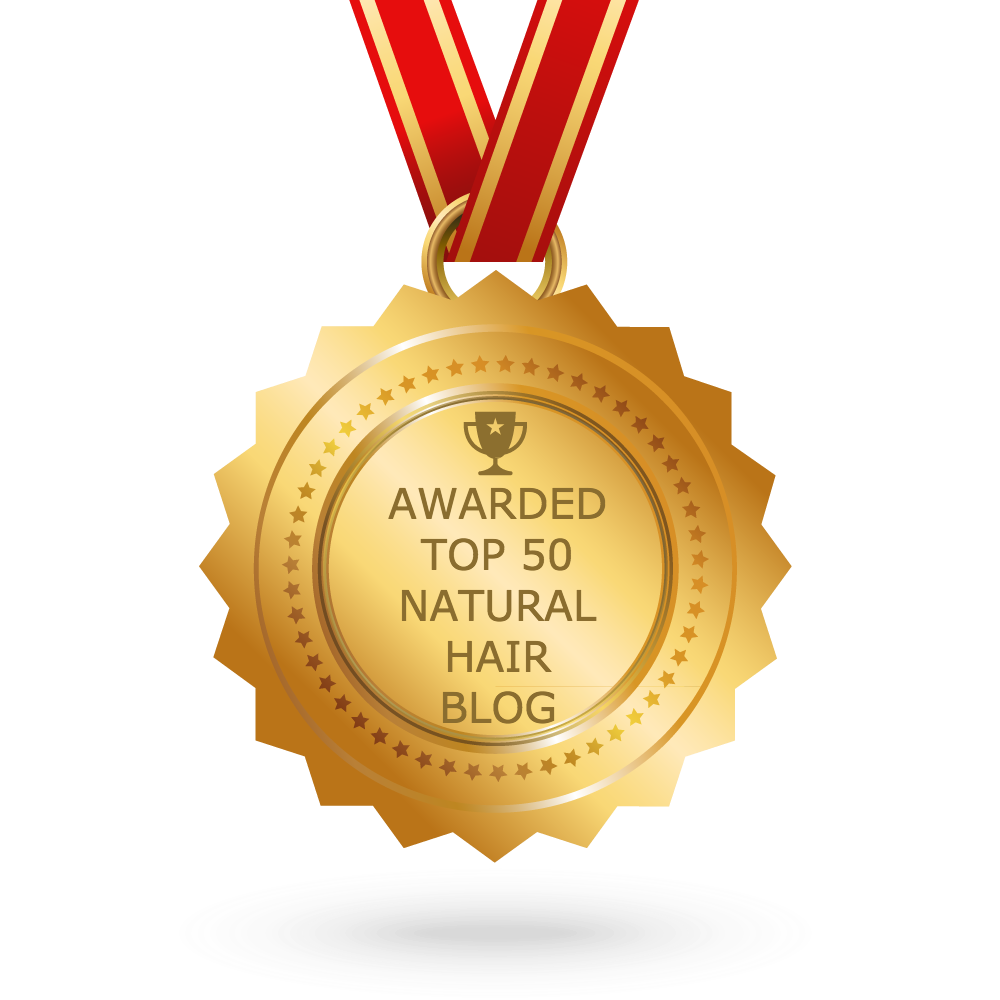 I also worked with different publications which saw my posts and advice on how to manage natural hair being featured in different magazines both online and print media.

And as of the lows, I had many this year, trust me a had a lot. But on the 12th of Dec, the lowest of them happened. My father-in-law passed on to glory. As much as I am at peace for him, I still hurt because he is no longer here with us. He was such a gentle, well organised, prayerful, wise man. Before he retired, he was a Pastor at a local Baptist church in Kadoma Zimbabwe. We will miss him so dearly and I feel for Gogo Mafupa who has been married to him for over 60 years. That’s a lifetime really and I know life will never, ever be the same without her friend. So hubby, oldest son and I drove to Zim for the funeral on the 13th of December and only came back to SA on the 19th. 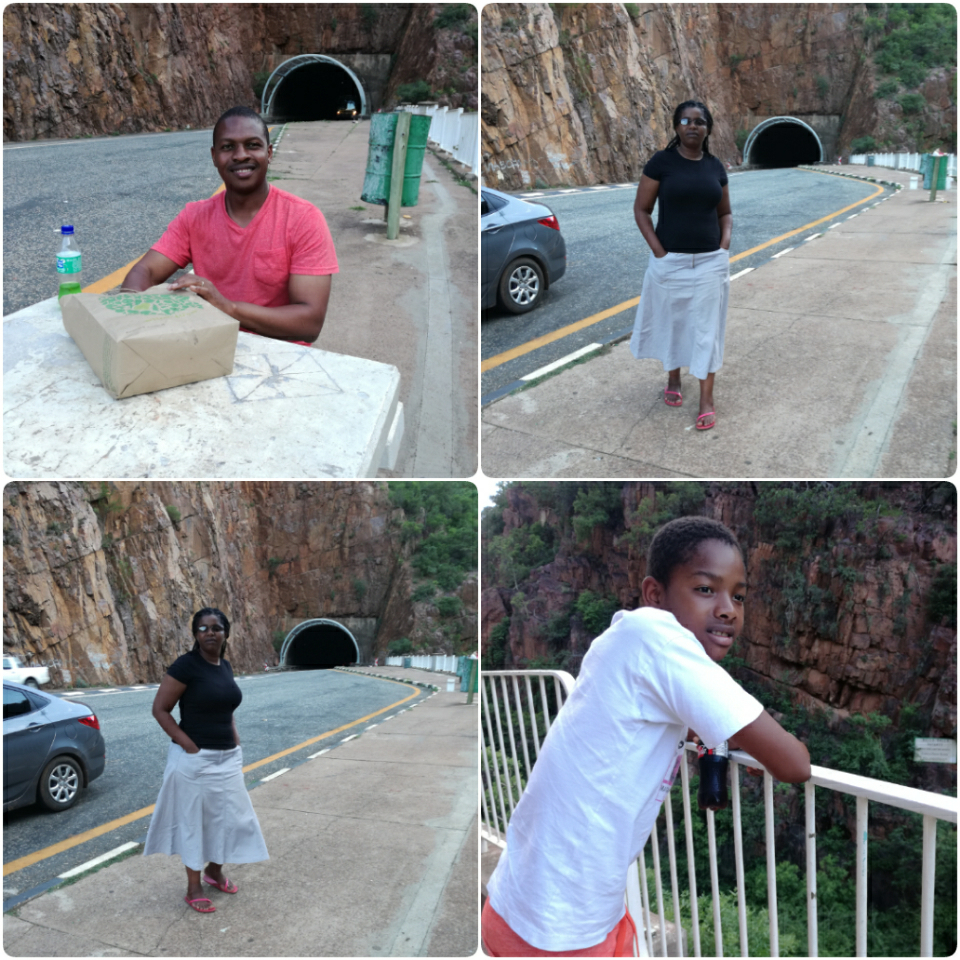 On our way back from Zimbabwe

So after the death of my father-in-law, all other lows weren’t so low anymore. Forgot about them and now I am thankful for what God has put on my lap. Mostly good health so that I can work as hard as I want, great family and friends for much needed support, opportunities that I know only God made them come through and you for sticking around on this blog and making my many hours of writing worthwhile. 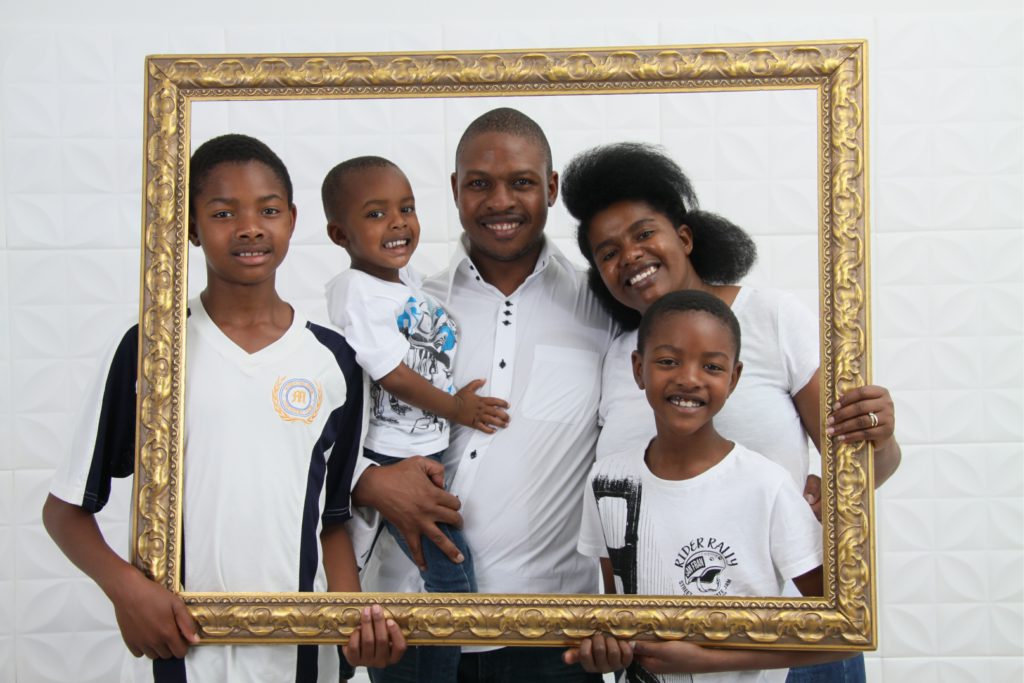 everyday of my life I am blessed,

when I wake up in the morning

Till I lay head to rest

Come, on sing with me if you feel blessed as well.

Till then, have a healthy, blessed 2017 and make sure you keep laughing, keep smiling and you keep loving while I do the same here until it becomes so contagious and the world becomes a better place. How about that…

Heatless Blow Out On Natural Hair

Is natural hair difficult to maintain?

Awesome Email: PATIENCE Is What I Need...

This is awesome. Well done my sister. I visited your shop once in 2016 & got myself & my girls hair products. Now I need all the refills that’s shy I came to the website & came across your 2016 story. God is great! All the best for 2017…

Thank you Same to you my dear

Beautiful article and congratulations for all your 2016 achievements/awards. May 2017 be better than the last years and please keep up the good work and awesome blogs rolling. I’m one of those that absolutely love the argan-shea range, it’s outstanding (coming from a product junkie). May you be comforted for the sad moments you experienced.

Aww you are so sweet Margaret. Thank you so much for your kind words. Made my day

wow enjoyed reading this and congratulations for all your achievements, keep shining and God brighten up all your paths. 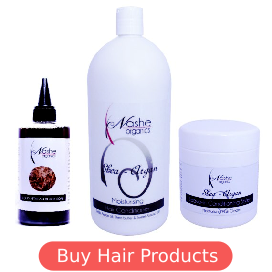 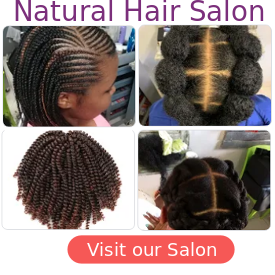